Mississauga, ON – August 1, 2018 – With 598 units delivered in the month of July, Outlander PHEV leads the plug-in hybrid segment with more plug-in hybrids sold year-to-date than any other nameplate helping Mitsubishi Motor Sales of Canada to achieve its 6th consecutive best month sales record. Total sales for the month jumped 12 per cent with 2,320 deliveries.

“Fuel efficiency is the top purchase reason for Outlander PHEV,” said Kathryn Soubliere, senior manager, Sales Operations. “As customers factor in the long-term fuel savings of Outlander PHEV, the vehicle becomes a compelling value proposition for real-life use particularly because there is no compromise to any of the SUV capabilities Canadians desire.”

Mitsubishi Motor Sales of Canada is the sales, service, parts and marketing arm for Japan’s Mitsubishi Motors. With a product range consisting of Mirage and Mirage G4, RVR compact crossover, Outlander compact sport utility and Outlander PHEV, and Eclipse Cross, MMSCAN supports its dealerships with a head office team and parts distribution centre -- both located in Mississauga, Ontario. Established in 2002, MMSCAN and its dealerships employ over 1,200 people in communities large and small. In 2016, MMSCAN became the only automaker to partner with Breakfast Club of Canada with a goal of stimulating young minds and a brighter future in communities across the land. 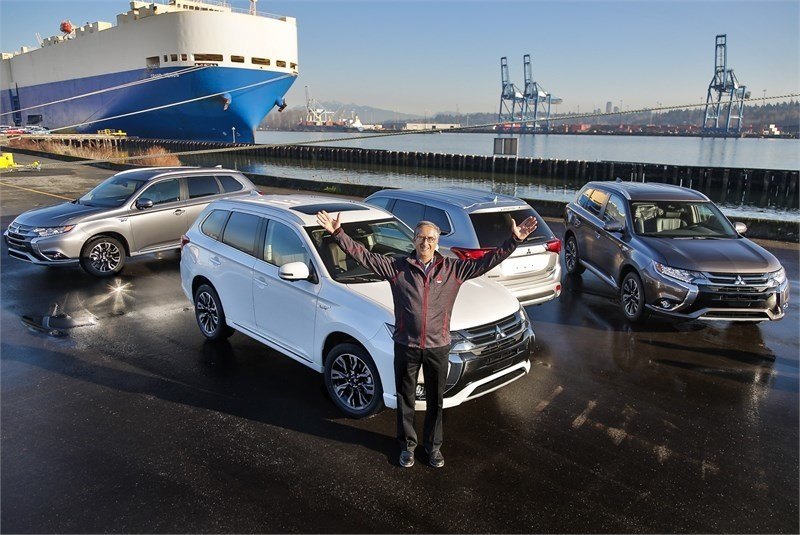